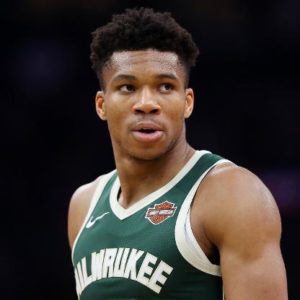 This article is the first in a series that will preview each team, division by division, with NBA awards and playoff predictions to follow.

For the first time in nearly five years, there is some uncertainty at the top of the NBA. The Warriors lost their trump card when Kevin Durant got hurt and moved across the country, and they don’t have enough depth around their remaining stars to be the consensus favorites. Still, an unleashed Steph Curry and an angry Draymond Green mean the Warriors are still very much alive. At least six other teams in the West can say the same, as the Rockets, Jazz, Blazers, Nuggets, Clippers, and Lakers will all look to book a trip to the Finals in June. Out East, the Bucks and 76ers will try to fight their way to the top after having promising seasons derailed by Kawhi Leonard’s incredible postseason run. There are nine teams with legitimate shots at the title, and Celtics fans will tell anybody who will listen that they’re the tenth. Throw in potential trade drama in OKC, Washington, and Toronto and a wave of exciting young talent across the league, and this could be the most entertaining NBA season in a while. 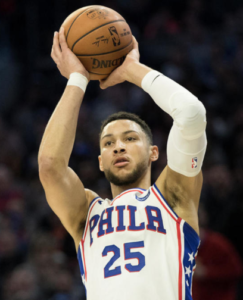 The Bucks and Sixers have a pretty clear edge on the rest of the conference with the Celtics looking like the only team with a chance to close that gap. The Raptors and Nets should make the playoffs fairly easily assuming there is no fire sale in Toronto, but it’s hard to see either team advancing to the Finals. It will be interesting to watch these two teams on opposite, post-star/pre-star paths. The Pacers look like a playoff team, but Victor Oladipo’s health creates some risk there. The Pistons and Magic should hold steady at the bottom of the playoff race, with Markelle Fultz offering Orlando some dim hopes of reaching higher. The Heat are kind of a wildcard. They have good players, but they’re not all that deep after a few key departures. Miami could make the playoffs and even reach a high seed with some improvement from their young guys, or they could fall just short. The Hawks will be very good very soon, but they’re probably still too young. The Bulls have some major health concerns around a core that could compete for a low seed. The remaining four teams will probably not come all that close to the playoffs. The Knicks and Cavs will be better than last year, but they have some serious flaws that should hold them back. The Hornets and Wizards are almost guaranteed to be terrible, but at least there is some intrigue in D.C. with Bradley Beal. The Hornets have nothing.

The West is just stacked. It’s insane, and it’s almost unfair to the teams that have to play in it. The Rockets are title contenders. So are the Clippers. And the Lakers. And the Jazz, the Nuggets, and the Blazers. And don’t forget about the Warriors. The first round of the playoffs out West is going to give us some incredible matchups. I can’t wait. The insanity of this conference doesn’t stop at the seventh best team though. The Spurs are still the Spurs, and they could steal a series if they get a favorable matchup, as they almost did last year. Of course, they might not even make the playoffs, like some of the teams above them, because the Kings and Pelicans are charging hard. Throw in a revamped Mavs team and a Timberwolves team with a young star and the chance to make a big trade, and there are 13 teams in this conference with very real playoff aspirations. The Suns probably fall outside of that category, but they could actually be decent this year. The Grizzlies have a bright future, but they just don’t have the firepower or experience to compete right now. The Bucks have to be licking their chops right now, because they really only have one challenger in the East. Every team in the West will likely be seriously challenged in every round of the playoffs. It’ll be great to watch, but probably not so great to play through.